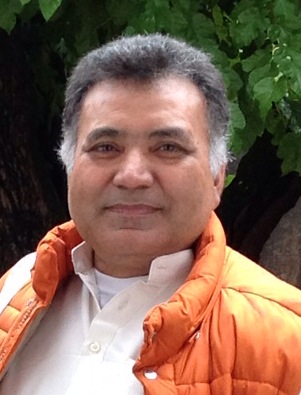 Hailing from a long line of renowned Bhakti yogis, Swami Vidyanand was born into the deeply spiritual environment of Datiya (Madhya Pradesh) recognized as being one of the 17 sacred centres of Tantra in India. Swamiji mastered yoga in the traditional Indian way, through apprenticeships under enlightened yoga masters such as Swami Satyananda, founder of Bihar school of yoga and anonymous ascetics in the Himalayas, he has also practiced Satsang with Swami Rama, the late founder of the Himalayan Institute and learnt esoteric meditation techniques from Tibetan masters.

Swami Vidyanand developed the Transformational Yoga system and taught Transformational Yoga® courses at the Centre of Behavioral Health at the University of Hong Kong where he also conducted a thorough research about the effects of this method on the health of practitioners.

Having founded the SriMa International School of Transformational Integral Hatha Yoga in New Delhi and later established its headquarters near Pondicherry in South India, he is currently working at these locations to spread authentic knowledge about Yoga and Meditation.

Swami Vidyanand’s teachings are well recognized in India, evident from the respect he has received from cultural bodies, such as ‘The Bhaskar Award’ from the prestigious Bharat Nirman, an organization that recognizes individual efforts to promote ancient Indian wisdom, systems and practices.